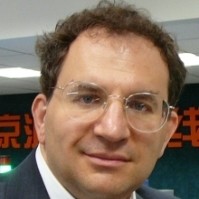 Professor Tom Brenna's research couples Nutrition and Chemistry in a broadly interdisciplinary program.  He is a member of graduate fields in Cornell's four large colleges: Nutrition (CHE and CALS), Food Science and Technology (CALS); Chemistry and Chemical Biology (Arts); Geological Sciences (Engineering and CALS), and in a long-standing collaboration with a prominent former member of Cornell's College of Veterinary Medicine. His research group has been funded by institutes/centers at the NIH (NIGMS, NEI, NICHD, NCCIH) and has included at least one active R01 continuously since 1992. These grants have supported fundamental work in the nutrition of polyunsaturated fatty acids, and development of advanced mass spectrometry instrumentation and techniques.

Most of the work of the Brenna Lab is translational, tying basic research to biomedicine and human nutrition.  Some studies are designed with particular, topical human health questions in mind, and these studies have occasionally had immediate implications. The most prominent examples of this work are animal studies to evaluate the efficacy, safety, and metabolism of food sources of polyunsaturated fatty acids. This work often employs stable isotope tracer techniques and molecular or isotope ratio mass spectrometry to probe metabolism. Other projects, particularly those that develop instrumentation and methods for mass spectrometry techniques, have a longer term payoff. They are sometimes undertaken for the challenge of making measurements that have never been possible previously, with an eye toward eventual applications. An example of this area is the development of a novel gas phase reaction for derivatization of polyunsaturated fatty acids for facile determination of double bond structure, which has found applications associated with safety of edible oils, including detection of trans fatty acids.  More recent research is on nutrition of saturated branched chain fatty acids, a neglected class of dietary fatty acids.  Recent work involves development of methods for more precise and rapid detection of endogenous performance enhancing drugs, particularly testosterone, as well as methods for detecting exogenous drugs.

Professor Brenna has served on numerous national and international advisory panels on human nutrition.  He was a member of the 2015 Dietary Guidelines Advisory Committee appointed by the US Secretaries of Health and Human Services and of Agriculture.  He is currently President of ISSFAL, the International Society for the Study of Fatty Acids and Lipids

Our research group is concerned with three areas, requirements for polyunsaturated fatty acids in the perinatal period, development of advanced analytical chemical instrumentation, particularly mass spectrometry, for biomedical applications, and development of high precision isotope ratio mass spectrometry for anti-doping applications. Our polyunsaturated fatty acid work focuses on factors that influence demand for omega-3 and omega-6 fatty acids, notably prematurity, and most of our studies are conducted in non-human primates. Our instrumentation work is aimed at development of high precision isotope ratio mass spectrometry for tracer applications and for detection of natural physiological isotopic fractionation. Stable isotope tracer studies of omega-3 fatty acids focus on brain and associated organ development and on improvement of mass spectrometry-based instrumentation for fatty acid studies.  Our most recent work involves improvement of methods for detection of illicit doping with performance-enhancing steroids in the context of elite athletics.  Work completed in 2015 shows that human omega-3 DHA synthesis is by 4-desaturation mediated by the FADS2 gene; the saturated fatty acid palmitic acid can interfere with the polyunsaturated fatty acid access to FADS2 desaturation and endogenous long chain PUFA synthesis required for membrane structure and lipid-derived signaling compounds; balanced omega-6 and omega-3 PUFA in Read-to-Use Therapeutic Foods (RUTF) used in recovery from severe acute malnutrition is required to support endogenous DHA biosynthesis needed for brain development.

International Society for the Study of Fatty Acids and Lipids, ISSFAL, President

Fats of Life Newsletter, Editorial Board

Institute for Food, Brain and Behaviour, Scientific Advisory Board

Prof Brenna regularly participates in policy advisory panels and is covered in the news media.

A 2015 appearance on PRI/NPR's Science Friday.  Having trouble choosing the right cooking oil? So is everyone else.