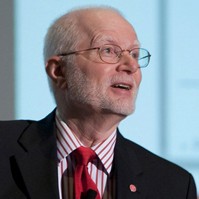 In 2017 Richard V. Burkhauser became Emeritus Sarah Gibson Blanding Professor of Public Policy in the Department of Policy Analysis and Management at Cornell University. Between September 2017 and May 2019 he was a Member of President Trump's Council of Economic Advisers. His professional career has focused on how public policies affect the employment and well-being of vulnerable populations. He has published widely in journals of demography, economics, gerontology as well as public policy. He is currently an AEI Visiting Scholar, IZA Research Fellow and NBER Research Associate.

See my Curriculum Vitae for a complete record of my publications.

His professional career has focused on how public policies affect the economic behavior and well-being of vulnerable populations, e.g., older persons, people with disabilities, low-skilled workers as well as how levels and trends in income and income inequality have changed in the USA and other countries.