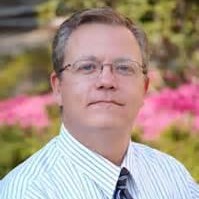 Randi Rainbow was appointed as the Director of Information Technology in December 2006.  In this position he provides oversight for the information technology functions of the college including desktop support, information security, infrastructure management and application development undertaken by the Computing Services Group (CSG).

His background in Information Technology includes a career in the US Air Force with positions including Computer Operations, Applications Development and System Administration. He finished his military postings as Non-Commissioned Officer in Charge (NCOIC) of a computer support unit.  Following military service, he worked for the military as a civilian contractor in charge of a major command communications infrastructure and later a multi-site network.

In 2001, he moved to the NY area and Cornell.  In his first position at Cornell, he was the Information Technology Area Manager for the East Service Area of the College of Agriculture & Life Sciences (CALS).

Not working with students at this time.