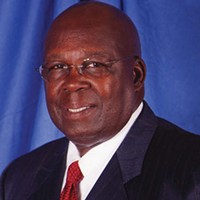 Percy Allen II, LFACHE has had a distinguished and notable career in health management with roles at Senior Executive level in Indiana, Michigan, New York and Maryland. His contributions to the healthcare industry have been far reaching and widely acknowledged by the business community, peers, colleagues, academia and other professional groups. Known for his finesse and strategic guidance to other professionals, Allen has quietly and steadily built a pathway, to serve young and mid level healthcare careerists to pursue their professional goals in today's environment.

Mr. Allen started his healthcare career as an assistant administrator at Parkview Hospital in Fort Wayne. He served as senior associate administrator and then interim COO at Sinai Hospital of Detroit.  He spent fourteen years in New York, four with New York City Health and Hospitals Corporation in senior executive positions, and then spent over ten years at University of New York Health Science Center at Brooklyn where he served as Vice President of Hospital Affairs and CEO of the University Hospital of Brooklyn. He was recruited to serve as CEO of the Bon Secours Baltimore Health System.

He served as National President of the National Association of Health Service Executives (NAHSE) and has served on numerous boards and committees.

Mr. Allen received his B.A. in Economics from Oakland University, and a M.P.A. from Cornell University.

Mr Allen mentioned as a great mentor to an industry leader.