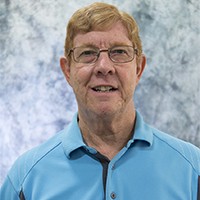 Dr. Michael Toglia is a Courtesy Professor in the Department Human Development, at Cornell. His training is in cognitive psychology and he holds a primary appointment as Professor of Psychology at the University of North Florida. In Human Development he has taught primarily in summers (Memory and the Law) since 2013. During Fall 2015 he was a Visiting Lecturer while on sabbatical leave, offering Children and the Law. From 2003-2011 he was Executive Director of the Society for Applied Research in Memory and Cognition (SARMAC). He has published extensively on topics concerning adult cognition as well as studies addressing lifespan issues in eyewitness memory and testimony. He has authored/edited 11 books, most recently the 2014 volume The Elderly Eyewitness in Court. (Taylor & Francis publishers). He consults/testifies in court, primarily in cases that concern memory suggestibility and lineup identification. He has extensive experience as a peer reviewer of journal submissions and edited chapters, was an Action Editor for Memory, and is a current editorial board member for Applied Cognitive Psychology. He won a grant to travel to Mexico in 2011 as a Fulbright Senior Specialist. He holds Fellow status in the Psychonomic Society, the Association for Psychological Science, the Midwestern Psychological Association, and Divisions 3 (Experimental), and 41 (Psychology and the Law) of the American Psychological Association.