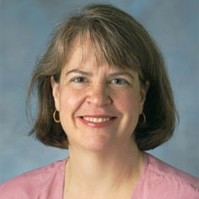 Elizabeth Peters received her Ph.D. in Economics and MA in Public Policy from the University of Chicago. She was at Cornell from 1994 – 2011. Before coming to Cornell she was a faculty member in the Department of Economics and a research associate in the population program at the University of Colorado, Boulder. Her professional career has focused on issues in family economics and family policy, specifically examining the effects of public policies such as divorce laws, taxes, and welfare reform on family formation and dissolution decisions, inter- and intra-household transfers, and family investments in children. Her research has been widely published in journals of economics, demography, and sociology and has been supported by grants from the National Institute of Child Health and Human Development, the U.S. Department of Labor, the U.S. Department of Health and Human Services, and the U.S. Department of Agriculture. In addition to her research activity, she has been active in the profession serving on the technical advisory board of the National Longitudinal Surveys (NLS) and the Early Childhood Longitudinal Survey Birth Cohort (ECLES_B), and she was a member of the board of directors of the Population Association of America from 2002-2004. She was the director of the recently established Cornell Population Center. She is currently the Director of the Center on Labor, Human Services and Population at the Urban Institute in Washington, DC.