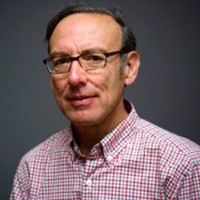 David E. Sahn is an International Professor of Economics in the Division of Nutritional Sciences and the Department of Economics. Since 2015, he has been a Research Fellow at the Institute for the Study of Labor (IZA) in Bonn, Germany. In 2017, he became a Senior Fellow at the Fondation for International Development Study and Research (FERDI) in Clermont-Ferrand, France. From 2011–2015, he was Chaire d’Excellence at Centre d’Etudes et de Recherches sur le Développement International (CERDI), l’Université d’Auvergne, France.  He received a PhD from the Massachusetts Institute of Technology, and a Master’s of Public Health from the University of Michigan. His main academic interest is in identifying the solutions to poverty, malnutrition, and disease in developing countries, as well as the determinants of human capital and the role of cognitive and non-cognitive skills in labor market outcomes. In addition to teaching and mentoring of graduate students, he devotes considerable efforts to training and capacity building of research institutions in Africa and working with government officials and international organizations to integrate research findings into policy. Before coming to Cornell in 1988, Professor Sahn was an Economist at the World Bank, and prior to that, a Research Fellow at the International Food Policy Research Institute. He has been a visiting scholar at the International Monetary Fund, a visiting researcher at both the Département et Laboratoire d'Economie Théorique et Appliquée, École Normale Superieure (DELTA) and Laboratoire d'Économie Appliquée de Paris, Institut National de la Recherche Agronomique in Paris, and a visiting professor at Kenyatta University in Nairobi. He has also worked extensively with numerous international organizations, such as the Hewlett Foundation, the African Development Bank, Organisation for Economic Co-operation and Development (OECD), the European Union, and several UN agencies such as UNICEF, the UN Development Programme, the Food and Agricultural Organization (FAO), United Nations University, and the World Health Organization. He has also worked as a consultant for various governments in Asia, Africa, and transition economies in Eastern Europe. Dr. Sahn has a long list, numbering over 135, of peer-reviewed books, chapters, and journal articles dealing with issues of poverty, inequality, education, health, nutrition, and related economic and social policy. This body of literature includes both research focused on the impact of economic policy on household welfare, such as his widely cited books on the impact of economic reforms in Africa, Structural Adjustment Reconsidered (Cambridge University Press) Economic Reform and the Poor in Africa(Oxford University Press), as well as issues of health and nutrition, including the edited volumes, The Socioeconomic Dimensions of HIV/AIDS in Africa (Cornell University Press), The Fight Against Hunger and Malnutrition (Oxford University Press), and Health, Economic Growth and Poverty Reduction (University of Nairobi Press).

My research is focused on issues of poverty, inequality, and the economics of health, nutrition, and education. My primary interest is in understanding the determinants of schooling outcomes and cognitive achievement; examining household decision-making and the impact of household choices on health and nutrition outcomes; and exploring methods for analyzing the multiple dimensions of inequality and poverty. My empirical research involves estimating behavioral models that rely on innovative household survey data, and is concentrated in sub-Saharan Africa. Much of this work involves trying to understand the constraints to and opportunities to promote human capital accumulation and improved living standards.

I work to make the classroom experience more intimate and more engaging for undergraduates, so that the students are more directly involved in the learning process. This involves moving away from a strict lecture format, and instead, trying to develop a learning community where student interactions, debate, and critical analysis of reading material is the focus of the classroom experience.

“The Role of Weather on Schooling and Work of Young Adults in Madagascar.” American Journal of Agricultural Economics 101 (4): 1203–1227, July 2019 (co-authors: Francesca Marchetta and Luca Tiberti).

The Fight Against Hunger and Malnutrition: The Role of Food, Agriculture, and Targeted Policies. Editor. Oxford University Press, 2015.

“Health Challenges in Africa.” In The Oxford Companion to the Economics of Africa,edited by Ernest Aryeetey, Shanta Devarajan, Ravi Kanbur, and Louis Kasekende. Oxford University Press, 2012.

“Impact of Health on Economic Outcomes.” In The Oxford Companion to the Economics of Africa, edited by Ernest Aryeetey, Shanta Devarajan, Ravi Kanbur, and Louis Kasekende. Oxford University Press, 2012.

“The Relationship between Poverty and Maternal Morbidity and Mortality in Sub-Saharan Africa.” In Reproductive Health, Economic Growth and Poverty Reduction in Africa: Frameworks for Analysis,edited by Olu Ajakaiye and Germano Mwabu. University of Nairobi Press, 2010 (co-author: Chad Meyerhoefer).

“The Impact of Poor Health and Nutrition on Labor Productivity, Poverty and Economic Growth in Sub-Saharan Africa.” In P. Pinstrup-Andersen (ed.)The African Food System and Its Interaction with Health and Nutrition(Chapter 11). Ithaca, NY: Cornell University Press, 2010.

“Inequality and Poverty in Africa in an Era of Globalization: Looking Beyond Income to Health and Education” In The Poor under Globalization in Asia, Latin America, and Africa, edited by Machiko Nissanke and Erik Thorbecke. Prepared for UNU-Wider. Oxford University Press, July 2010 (co-author: Stephen D. Younger).

“Estimating the Consequences of Unintended Fertility for Child Health and Education in Romania: An Analysis Using Twins Data,” Oxford Bulletin of Economics and Statistics 69(5): 667–691, 2007 (co-authors: Peter Glick and Alessandra Marini).

“The Demand for Primary Schooling in Madagascar: Price, Quality, and the Choice between Public and Private Providers,” Journal of Development Economics 79(1): 118–145, 2006 (co-author: Peter Glick).

“Equality of What? Evidence from India.” In Poverty, Inequality and Development: Essays in Honor of Erik Thorbecke, edited by Alain de Janvry and Ravi Kanbur. Norwell, MA: Kluwer Academic Publishers, 2005.

“Intertemporal Female Labor Force Behavior in a Developing Country: What Can We Learn from a Limited Panel?” Labour Economics 12(1): 23–45, 2005 (co-author: Peter Glick).

“Estimating the Incidence of Indirect Taxes in Developing Countries.” In The Impact of Economic Policies on Poverty and Income Distributions: Evaluation Techniques and Tools, edited by François Bourguignon and Luiz A. Pereira da Silva. Washington, DC and New York: The World Bank and Oxford University Press, 2003 (co-author: Stephen D. Younger).

“Incidence and Implications of Public Spending in the Health and Education Sectors in Tanzania.” In Education and Health Expenditure and Poverty Reduction in East Africa, edited by Christian Morrisson. Paris, OECD, 2002 (co-author: Sylvie Lambert).

“A General Equilibrium Analysis of the Effect of Macroeconomic Adjustment on Poverty in Africa,” Journal of Policy Modeling 22(6): 753–776, 2000 (co-author: Paul A. Dorosh).

“Schooling of Girls and Boys in a West African Country: The Effects of Parental Education, Income, and Household Structure,” Economics of Education Review 19(1): 63–87, 2000 (co-author: Peter Glick).

Faculty Affiliate, Center for the Study of Inequality, 2004–present

I have undertaken research on the effects of government policies and programs on the poor. In addition, my research focuses on the functioning of the market and the behavior of various agents, including enterprises, households, and individuals, in order to understand how policy change affects health, nutrition, and human resource development. My research activities are also devoted to training and capacity building of research institutions in Africa and working with government officials and international organizations to integrate research findings into policy.