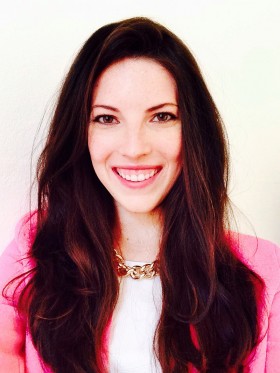 Lauren Braun ’11 is the president and founder of Alma Sana Inc., a 501(c)3 nonprofit social enterprise dedicated to increasing timely childhood vaccination rates through the use of her patent pending vaccine reminder bracelets. Lauren came up with the idea of using bracelets to remind mothers of their children’s immunization appointments during her 2009 summer internship in a public health clinic in Cusco, Peru. After receiving a $100,000 Gates Foundation grant in 2012 to implement her idea, Lauren left her corporate job at Humana, a Fortune 79 health insurance company, to pursue Alma Sana full-time. She recently finished a 6-month feasibility study on the bracelets’ use in Peru and Ecuador with a team of 20 people. She is now preparing to apply to the Phase II grant from the Gates Foundation to scale up her innovation.

Over the past four years, Lauren’s Alma Sana project has received local, national, and international praise. She has presented her idea at six global health and social entrepreneurship venues, including at Yale and Cornell, and her idea has won or placed highly in seven national and global competitions, including at Harvard, Cornell, and the Dell Social Innovation Competition. More than 20 articles have been written in praise of Alma Sana, notably at FastCompany, the Cornell Alumni Magazine, and LINK: Human Ecology Alumni Magazine.

Lauren gave the keynote speech at the Opening Event of WEFOUND World Women Startups and Entrepreneurs and was recently nominated and screened for Forbes Magazine’s prestigious “30 Under 30 Social Entrepreneurs” 2014 list, which highlights global change makers implementing groundbreaking solutions to poverty alleviation, job creation, and improved healthcare. In 2013, Lauren gave a TED talk on campus at TEDxCornellU entitled “Conscientious Innovation” and her startup social enterprise, Alma Sana, was a Nominee for the 5th Annual CLASSY Awards, the largest social impact award ceremony in the United States sponsored by the UN Foundation.

Before her graduation, Lauren was named “2011 Outstanding Senior in Human Development” for being the first Human Development student in school history to hold a provisional patent while still an undergraduate. In 2009, Lauren was named an “Ashoka Campus Changemaker” by her professor for her innovative vaccine reminder bracelet idea. Lauren graduated from Cornell in 2011 with a B.S. in Human Development and two minors in Inequality and Global Health, and she is planning to pursue a Master’s in Public Health. Currently Lauren is participating in a 4-month program in design thinking at the Hasso Plattner Institute School of Design Thinking in Potsdam, Germany. In her spare time, she consults early-stage startups and mentors college students looking to work in public health.