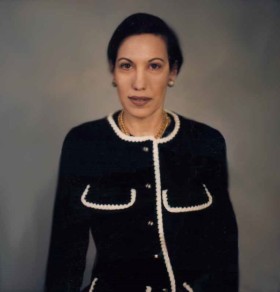 Dorothy has been a guiding force and change-maker of the (r)evolutionary media landscape throughout her career in beauty, fashion and style. At each magazine she has edited — Vogue, Harper’s Bazaar, Mirabella, Glamour, Seventeen — she has worked to help improve the perception of and the opportunities for women.

When Dorothy began her career in editorial at The Condé Nast Publications and at Hearst’s Harper’s Bazaar, women were objectified, fantasized and portrayed passively by media. Always advocating for more positive, respectful images of women, Dorothy became Vogue’s youngest senior editor and took the helm, in the late ‘80s, of a role created just for her: Vogue’s Women’s Image Director. Working across all areas of the magazine, Dorothy helped to shape how women were viewed, moving away from unattainable fantasy and artifice to a more relatable, healthy, powerful portrayal that celebrated women’s achievements and independence.

As part of the Vogue founding team of the award-winning Mirabella magazine, Dorothy took her work at Vogue a step further, creating a multi-generational beauty + fashion magazine for thinking women, living full and independent lives. Mirabella promoted an image of women that was more inclusive, diverse, and inspired, reflecting women’s expanded and more influential professional and social roles. Mirabella set the tone for the empowered ‘90s, forever changing the course of how women were portrayed in media.

As author, Dorothy wrote the book, What Is Beauty? New Definitions from the Fashion Vanguard, benefitting the AIDS fundraiser, BeautyCares / HairCares. She also penned the introduction to the book, Beauty: The Twentieth Century. Both books celebrate the widening scope of women’s beauty: its definition, identity and diversity.

Always exploring how media could do more, Dorothy was an internet pioneer on the then-named “superhighway”: the World Wide Web 1.0. She was among the first journalists to move to the internet as a Founder and Editor-In-Chief of GLOSS.COM (sold to The Estee Lauder Cos.). She transformed beauty and style journalism into something as attainable for women as a click of a button: Beauty at your fingertips! Suddenly, beauty editorial shifted to be interactive: immediately available and directly useful to women’s lives.

As she has throughout her career, Dorothy has helped to mentor and support the next generation of ideas with the goal of creating a more positive, supportive space, where everyone's unique beauty is celebrated. Her belief in moving the definition of beauty entirely into the hands of individuals now extends to her family, as she supports her son Tyler's video-first social beauty + shopping app SUPERGREAT.

Cornell played a formative role in Dorothy’s career and success. Her days at Cornell set her on her path of empowering women. Recognizing the importance of fashion to women’s history, Dorothy has, since graduation, donated the wardrobe of the world’s top designers she has amassed during her Vogue/Bazaar/Mirabella years to the Cornell Fashion + Textile Collection, and her Archives to the Kroch Library.

Dorothy helped move image-making from print to the desktop to mobile and now video: the most powerful medium today, where women create their own imagery and explore their unique identities. There are as many beauty trends now as there are women. When you create space to explore personal expression, you give women confidence and a voice to create change. Dorothy had that opportunity herself at Cornell, and then devoted her entire career to making sure it was also available to women around the world - So a woman’s inner self can be as powerful as her beauty…and her image could be as strong as her voice. Creating new images and voices in media has been Dorothy’s life-long goal and ambition - So women can be themselves in the world, and confidently fulfill their aspirations and pursue their dreams.