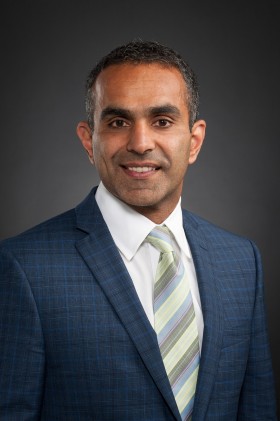 Dr. Paul Sethi’s personal commitment to improving patient outcomes and innovation in orthopedic surgery has led to a body of research and the invention of new protocols and surgical techniques that improve lives.  Paul’s medical, research and leadership achievements are exceptional on their own, but what makes them truly extraordinary is his unwavering commitment to mentoring and volunteerism as the foundation of his success.

Paul graduated with honors in 1993 and was on the Cornell Wrestling and Sprint Football teams, where he earned All-Ivy Honors. He graduated from the Mount Sinai Medical School and went on to complete his Orthopedic Residency at Yale University School of Medicine. He completed a Sports Medicine Fellowship at the Kerlan Jobe Orthopedic Clinic, where he was assistant team physician to the Los Angeles Lakers, Dodgers, Kings and USC Football. Paul is a select member of the prestigious American Shoulder and Elbow Society and American Academy of Orthopedic Surgeons.

Paul is a leading research physician, having first been exposed to research as a Human Ecology undergraduate while writing his honors thesis. He has since gone on to author over 50 peer-reviewed scientific articles. Paul’s interest in medical research and innovation led to his founding of The ONS Foundation (ONSF) in 2008 as a formal mechanism for research, mentoring and volunteerism. ONSF, under Paul’s direction as its president, has developed into an award-winning research organization, but also a consistent vehicle for mentorship, education and community outreach. ONSF offers post-graduate internship programs where interns work closely with physicians on a variety of projects regarding injury prevention, rehabilitation and treatment. The ONSF Annual Mini Med School program is a one-week hands-on experience for high school students interested in medical careers. ONSF also designs educational programs for visiting surgeons interested in refining skills and developing new techniques.

Improving patient outcomes is a primary goal of ONSF research.  One ONSF research study led by Paul was an enhanced skin cleaning technique that has substantially reduced the risk for post-surgical infections of the shoulder. These cleaning protocols have been adopted by the Harvard Hospital System, the Mayo Clinic and other medical centers across the globe. The outcome of Paul’s research has changed the way surgeons practice and has reduced the risk of infection after shoulder surgery for patients worldwide.

Most recently, Paul has worked tirelessly to discover ways to reduce opioid exposure after surgery. He has pioneered the development of a set of evidence-based, post-operative prescribing protocols for surgeons. These protocols have been published and presented nationally and demonstrate the ability to reduce opioid consumption by 65% following shoulder surgery. Paul has applied this same approach to knee surgery, which has demonstrated an 88% reduction in opioid use. Paul’s research in this area enables practicing surgeons to reduce the use of opioids post-surgery.

Paul and his wife, Amy (HE 1993), reside in Riverside, CT and have three children who are all Big Red fans!