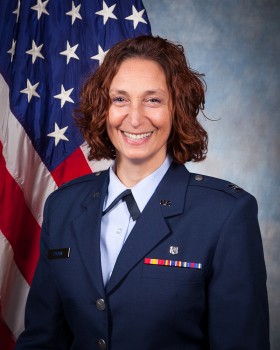 Neysa Etienne ‘94 is a proud graduate from the College of Human Ecology, receiving her Bachelor of Science with Honors in Human Development and Family Studies. When not engaged in her studies, she was often consumed by extracurricular involvement as a rower on the crew team and a gleeful member of Nothing But Treble.

Almost immediately upon graduation from Cornell, Neysa began French language study abroad in Geneva, Switzerland, where she ultimately met and married her husband Michael Etienne. The couple spent the first four years of marriage working as volunteers for the global charity organization, Mercy Ships, primarily along the western coast of Africa. The focus of their efforts in Sierra Leone, Guinea, Benin and The Gambia centered on refugee relief, education and training, cross-cultural sensitivity and medical support. In 2002, the couple returned to the United States for an educational furlough, where Neysa earned her master’s and doctorate degrees in Clinical Psychology and began a family. Children Reece (11) and Rigby (7) are both multi-lingual world travelers who may one day follow their mother’s footsteps back to Cornell. Reece attended Reunion in 2014 and has already set his sights on an engineering degree and a spot on the crew team.

Over the course of her career, Neysa has worked for the Department of Corrections as well as the Department of Veteran’s Affairs and currently serves as a member of the Department of Defense. In 2011, she made a decision to take the oath of office and was commissioned as an officer in the United States Air Force. Following completion of specialized training in survival, evasion, resistance and escape, she presently functions as the primary European Command Survival psychologist, stationed at Landstuhl Regional Medical Center in Germany. Recently promoted to the rank of Major, she has led post-isolation support and provided reintegration consultation for numerous people released from captivity including civilians of coalition partner nations. In addition, she is actively involved in the planning and preparation for the negotiated release of varied individuals being held captive across the globe.

Neysa travels internationally to brief on these efforts and works closely with the Joint Personnel Recovery Agency and FBI Hostage Recovery Fusion Cell on behalf of service members and civilians awaiting repatriation. In addition, she voluntarily completed a six-week archaeological dig with the Defense POW/MIA Accounting Agency, where she served as team linguist in the search and recovery of human remains from WWII.

In 2016, Neysa was distinguished as the Air Force Medical Services Officer of the Year and is the newly elected President of the Society for Air Force Psychologists. In accordance with the long term vision of the College of Human Ecology, she has routinely relied upon the knowledge, skills and abilities fostered during her time at Cornell as the foundation for success with regards to the complex relationships between human beings and their environments.