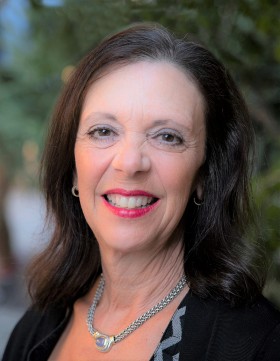 Throughout her career, Dr. Cynthia B. Green championed the notion that to make sound policy choices and provide effective services, public officials must be faithful stewards who prepare and use accurate, transparent information, regularly informing their constituents about what is being accomplished with their money.

Cindy majored in Human Development in the College of Human Ecology, mentored by Professor Urie Bronfenbrenner and then-Dean Jerome Ziegler. She received an M.A. in Urban Affairs and Policy Analysis from the New School and a Ph.D. in Public Finance from New York University.

Dr. Green’s career began at Columbia University’s Conservation for Human Resources, where she helped develop innovative approaches to pressing social policy issues facing New York State, including housing the homeless and providing health care for the uninsured. Asked if New York could afford to implement these recommendations, Cindy turned her trained eye onto the State’s budget and found an enormous deficit.

This spurred New York City’s Citizens Budget Commission to ask Cindy to create and direct a New York State-oriented watchdog to complement their City-focused operation. She became widely regarded as the person who single-handedly brought accountability to the State. Her research exposed New York’s hidden multi-billion-dollar accumulated deficit and arcane budget maneuver of papering over annual operating deficits through billions of dollars in short-term borrowing, costing taxpayers millions annually in unnecessary interest costs. Cindy pressed the State to improve its finances and operations and blazed a path for debt and budget reform, successfully leading the effort to outlaw financing operating deficits with short-term borrowing. Ultimately, Cindy was directly responsible for saving New Yorkers billions of dollars and likely averting bankruptcy.  The Governmental Research Association honored her work on debt reform in New York State by conferring her with its annual Award for Special Achievement.

Dr. Green was appointed to the Governmental Accounting Standards Board, the national organization that establishes the rules for how America’s 90,000 state and local governments must report on their finances. She was the first GASB member—and the only one during her ten-year term—who was not an accountant, but a user of financial information, bringing the perspective and needs of citizens and taxpayers to GASB’s attention. Cindy was just the second female member in the organization’s history and the only female member for seven years of her term. She championed greater transparency and was instrumental in crafting: the blueprint for the annual financial statements government must publish; requirements for reporting pensions, retiree health benefits and derivatives; and recommended practices for reporting on the effectiveness of government services.

A staunch advocate for government performance reporting and management, Cindy developed and directed the Association of Government Accountants’ award program recognizing outstanding government performance reports. She designed and led Pew Charitable Trusts study on states’ use of cost-benefit analysis. Cindy was a professor at the New School teaching Public Policy and has authored many publications.