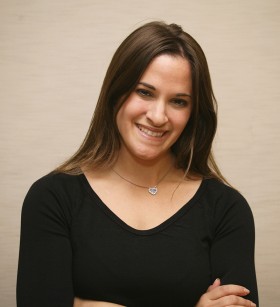 Nava R. Silton received her Bachelor of Science degree from the College of Human Ecology in human development in 2002 then went on to complete a master’s and doctorate in developmental psychology from Fordham University in 2009. While at Cornell, Nava was in the Kappa Omicron Nu Honor Society, the Psi Chi Honor Society, the National Society of Collegiate Scholars, and was on the Dean’s List. She also served as a Human Ecology Ambassador and a teaching assistant for the course Human Bonding in the Department of Human Development.

Nava’s primary research interests include determining how best to enhance typical children’s sensitivity to children with disabilities, how to teach social emotional skills to children on the spectrum, and looking at the interface between religion and health. She has taught both undergraduate and graduate psychology courses at Fordham University, Hunter College, and Touro College, and is currently an Associate Professor in the Department of Psychology at Marymount Manhattan College. Nava has written over three dozen peer-reviewed journal articles, over twenty chapters, book reviews and encyclopedia entries, and has edited five full textbooks. Her first two books discuss innovative technologies for individuals with autism and other disabilities, her third delves into creativity, her fourth into family dynamics and romantic relationships, and her most recent explores the constructs of happiness, gratitude, kindness, empathy, and well-being.

In an effort to expand beyond academics, Nava has brought her research interests and knowledge to other mediums. She has worked at Nickelodeon, Sesame Street Workshop, and Mediakidz and has consulted for Netflix and The Autism Seaver Center. She appears regularly on Fox 5 News as a Psychological Correspondent, as well as Good Day New York and NBC. Nava created the The Realabilities Educational Comic Book Series, which offers 11 comics and two instructional manuals for use in classrooms across the world. The series has been translated into Hebrew and Spanish and is currently being translated into Chinese. The success of Realabilities prompted Nava to write Addy & Uno, The First Family Musical about Disabilities, Bullying and Kindness, using Avenue Q style puppets that is now an Off-Broadway production in The Kirk Theater on Theatre Row. Realabilities and Addy & Uno fill a significant void in children’s media and literature so that individuals with disabilities can see themselves represented positively on-screen, and typical children and adults can become increasingly knowledgeable, sensitive, and interested in their peers with disabilities. Moreover, the comic series and show seek to promote the important values of kindness, friendship, empathy, and gratitude.

Nava served as a Volunteer for Special Olympics for five years, has run a Weekly Jewish Learning Program on the Upper West Side for 10 years, and has led a weekly visiting-the-sick program at Mount Sinai Hospital for the last twelve years. She is married to Dr. Ariel Brandwein, a Pediatric Intensivist at Northwell Health, and is the proud mother of three boys and a girl.