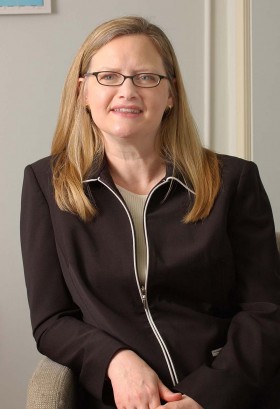 Dr. Wootan transferred to Cornell from Ulster County Community College. She was involved in helping to ease the transition of other transfer students coming to Cornell, serving in the Transfer Center as Social Committee Chairman and a Resident Assistant (RA). She graduated from the College of Human Ecology with a bachelor's in nutritional science in 1986. She has served as a mentor to Cornell students by hosting students through both the Cornell Externship and the Cornell FRESH programs.

After graduating from the College of Human Ecology, Dr. Wootan completed her doctorate in nutrition from Harvard University’s School of Public Health, and joined the Center for Science in the Public Interest (CSPI), one of the country’s leading health advocacy organizations. She has been a transformational force turning individual, community and state actions into a national movement, which coalesced in the passage of national legislation. At CSPI she led the successful effort to require trans-fat labeling on packaged foods, which significantly contributed to the 50% decline in trans-fat consumption in the U.S. Dr. Wootan also took the lead in passing national legislation to require calorie labeling in fast-food and other chain restaurants and coordinated efforts to pass the Healthy, Hunger-free Kids Act. Passage of this Act required herculean and skilled diplomatic efforts by Wootan to bring together policy makers, health professionals, child-advocacy organizations, parents, and the food industry. She also developed and managing CSPI’s award-winning 1% Or Less campaign, a community-based nutrition promotion program. Dr. Wootan has made extraordinary contributions over the past 25 years which will have lasting benefits for the nation’s health and well-being.

Dr. Wootan’s distinguished career has been recognized many times for her outstanding leadership, advocacy, and dedicated service. She has won numerous honors, including awards of excellence from the American Public Health Association, Association of State and Territorial Public Health Nutrition Directors, the Society for Nutrition Education and Behavior, the Society for Prevention Research, and the American Society for Nutritional Sciences. Dr. Wootan is quoted regularly in the nation’s major media and served as an advisor to and appeared in the movie Super Size Me and the HBO series, Weight of the Nation.