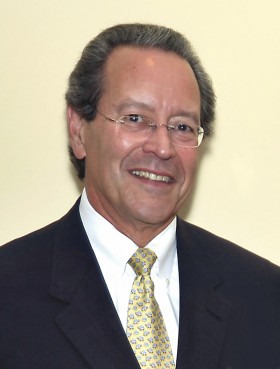 Mike is the former President and CEO of Valley Health System, Inc., an integrated delivery system composed of The Valley Hospital, Valley Home Care, and the Valley Health Medical Group. He received a bachelor’s degree with honors from Rutgers University in 1969 and a master’s degree with distinction in Hospital and Health Services Administration from the Sloan Institute in the Cornell Graduate School of Business and Public Administration in 1971.

After completing an administrative residency at Burlington County Memorial Hospital, Mount Holly, New Jersey in 1970, Mike joined The Valley Hospital in Ridgewood, New Jersey where he served as Assistant Director until November 1979 when he resigned to accept the position of Senior Vice President/COO of Mountainside Hospital, Montclair, New Jersey. In May of 1981, Mike returned to The Valley Hospital when he became its President until January, 1999 when he became President of the Valley Health System, 1999-2003.

Along with his service on the Board of the New Jersey Hospital Association for many years, Mike also chaired a variety of committees and task forces. From 1993-1994, he served as Chairman of the NJHA Board. He also served on the Advisory Board of Directors of the Governance Institute in La Jolla, California from 1988-2003 and the Princeton Insurance Company Advisory Board from 1996-2005. He is currently on the Regional Advisory Board of M&T Bank, a member of the Advisory Board to the Dean of the School of Arts and Sciences at Rutgers University, a member of the Rutgers University Board of Trustees and a trustee on the Board of Bergen Volunteer Medical Initiative, a free primary care center in Hackensack, NJ. He is a Life Fellow of the American College of Healthcare Executives.

Mike is Past President of the Sloan Alumni Association at Cornell University, and has been an active and integral volunteer with the program during the four and a half decades since his graduation. Over the years he has been a mentor and advisor for numerous prospective and current students as well as alumni. A strong advocate for the program, Mike played an active role in helping to seek summer internships and job placements for graduating students in addition to promoting philanthropic support of Sloan. Healthcare truly became a family affair with his wife, Kathy, as well as daughters, Elizabeth and Jennifer, (pictured left) all working in various segments of the field. In addition to his selection for the 2016 Sloan Alumni Achievement Award, Mike has also been recognized by the American College of Healthcare Executives, (Distinguished Service Award), Boy Scouts of America, Ramapo College, American Red Cross, and B’nai B’rith Foundation.