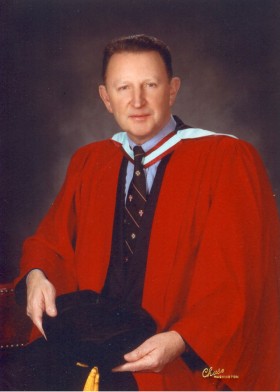 Following his graduation from the Sloan Program in Health Administration in 1967, Richard returned to his native Australia where he completed his doctorate in Social and Preventive Medicine in the Faculty of Medicine at Monash University, in Melbourne, in 1973. For the next decade he was a Senior Lecturer in Social and Preventive Medicine and served as the Founding Administrator of an academic community health center affiliated with Monash University. In 1975 he was seconded to be a Full-Time Commissioner on the Australian Hospitals and Health Services Commission in the national capital, Canberra. Shortly after completing this assignment Richard was appointed Director of Health Services Research and Teaching in the School of Public Health and Tropical Medicine at The University of Sydney.

Richard returned regularly each summer to teach in the Health Executives Development Program at Cornell University.

The next phase of Richard’s career has been in the United States. In 1979 he married Janet Sue Rexrode, a US Army Nurse Corps officer who had completed her Ph.D. in Nursing at The Catholic University of America in Washington, DC. Richard was appointed to the faculty of The George Washington University in Washington, DC, where he has served as Chairman and Friesen Professor of International Health; Associate Dean for Health Services in the new School of Public Health and Health Services; Dean and Ross Professor of International Health; and Executive Dean and Distinguished Professor of Global Health in the Office of the Vice President for Health Affairs in the Medical Center.

Throughout his career Richard has been very much involved in international teaching and consultation activities. He has been President of a number of academic and professional associations, in Australia, the Asia-Pacific Region, the United Kingdom and the United States. He continues to hold adjunct professorial appointments at Monash University, The University of Sydney and The University of Queensland in Australia. He is a member of the Board of Advisors, and Senior Fellow, in the Center for Australian, New Zealand and Pacific Studies at Georgetown University.

Since 1984 he has been Director of the Interagency Institute for Federal Health Care Executives, the major continuing professional development program for senior health professionals in the US Army, US Navy, US Air Force, US Public Health Service and the Department of Veterans Affairs. The Institute is under the auspices of the Uniformed Services University of the Health Sciences where Richard is an Adjunct Professor of Preventive Medicine and Biometrics and Military and Emergency Medicine.

Richard was active in the Royal Australian Army Medical Corps, Army Reserve, and he has been a Medical Service Corps Officer (06) in the US Army and US Navy Reserve. He is currently Senior Adviser to the Army ROTC Battalion at Georgetown University and the University Representative to the NROTC Unit at The George Washington University.

He is a Commander in the Most Venerable Order of the Hospital of St John of Jerusalem and a Knight of Grace in the Military and Hospitaller Order of St Lazarus of Jerusalem. Richard is a member of the Vestry of St David’s Episcopal Church in Washington, DC, where he has also served as Senior Warden.