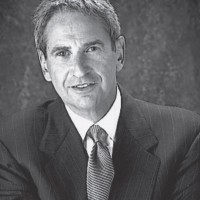 Bernard A. Kershner is the inaugural recipient for the Sloan Alumni Achievement Award. As the first recipient of this award, Bernie (as known by his friends and colleagues) has proven through his endeavors in healthcare administration of how one takes his Sloan education and skills to create change and improve the life and health of individuals. As a graduate of the Sloan Program in Health Administration, Bernie’s significant contributions to the healthcare industry have had substantial impact in the work place and in the community. His leadership and experience on industry boards have had considerable impact. He has generously and humbly given of his time and expertise to assist Sloan students and recent graduates as they enter the health administration work force. His leadership and example have inspired others and his life-work serves as a model for the inaugural Sloan Alumni Achievement Award.

As Chairman of Health Resources International, LLC, a company engaged in developing ambulatory surgery and comprehensive ambulatory care programs in emerging markets. He is a pioneer in the field of ambulatory surgery having been associated with that industry since its inception in the early 1970’s, opening the first such facilities in numerous states and helped develop licensing guidelines in each of those jurisdictions. Prior to his involvement with ambulatory surgical care, Bernie was Chairman of ASC Network Corporation and the founder, President and Chief Executive Officer of SunSurgery Corporation. He served as president of the Federated Ambulatory Surgery Association and the Accreditation Association for Ambulatory Health Care and is the founding, and current Chairman of, their Institute for Quality Improvement. Bernie was the first non-physician President of the Federated Ambulatory Surgery Association (FASA).

He served on the State of Connecticut Advisory Committee on Ambulatory Surgery and the New York State Advisory Task Force and he has testified on health/legislation issues before several Senate and Congressional committees and subcommittees. Bernie was nominated to serve as a member of The Advisory Commission on Consumer Protection and Quality formed by President Clinton and has published numerous articles on the need for patient empowerment and advocacy through the dissemination of better information for patients.

With his “free time” Bernie has contributed as a guest lecturer at several universities, served as President of the Sloan Alumni Association, is a member of the Cornell University Council, a member of the Entrepreneurship and Personal Enterprise Advisory Council, and a former member of the Dean’s Advisory Council for the College of Human Ecology. He is a Corporator at the Renbrook School in West Hartford, Connecticut and at the Hartford Hospital. Bernie is a past member of the Board of Directors of the Medical Foundation Board at the Estes Park Medical Center and is a current Member of the Board of Trustees at Bethany College in West Virginia where he earned is Bachelor’s degree. Mr. Kershner and his wife Bonnie have served as Honorary Chair Couple of the Hartford, Connecticut Chapter of the American Cancer Society Annual Fantasy Ball fund raising event.