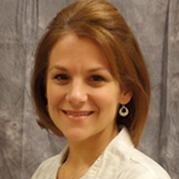 Erica Bender is a Nurse Practitioner in the Division of Nutritional Sciences and manages the Human Metabolic Research Unit (HMRU).  She is responsible for the facilitation and oversight of many IRB approved research studies on human participants and conducts many of the clinical procedures. She is also a guest-lecturer for many classes related to her clinical experience as an ob/gyn Nurse-Practitioner and Certified Nurse-Midwife.

During her early career, she concentrated heavily on obstetrics. She has delivered approximately 900 babies and provided prenatal/postnatal care to thousands of women. In her later career, she focused on gynecology and primary care for women. She has worked in diverse environments such as private practice, indigent care, health departments, and hospital systems, as well as academia.

Ms. Bender received her MS in nursing from SUNY Downstate Medical Center in Brooklyn, New York, where she received two distinguished awards, Excellence in Clinical Practice and Excellence in Academic Achievement. She is a member of the American College of Nurse Midwives, a certified childbirth educator, and a National Healthcare educator.

In managing the HMRU, I am an integral part of the research that is conducted there.  I conduct numerous clinical procedures, but also assist the PIs and research teams in all aspects of their research.  These include: study planning and preparation, logistical issues, creation of documents (informed consent, SOPs, etc.), assistance with IRB applications, working with Medical Oversight, scheduling of visits and procedures, conduction of actual clinical research procedures (venipuncture, capillary blood collection, OGTT, ultrasounds, fat biopsies, muscle biopsies, etc.), follow-up of research participants, reporting of any unexpected events, and working with the IRB, MO, EH&S, ORIA, Radiation Safety, etc, for the smooth facilitation and conduction of the research.  I have been involved in all of the following studies, and have served as co-investigator on a number of them and participated in publication.

Current Research Studies for the year of 2019:

Johnson, IRB#1907008952, Bioactive lipids in infant nutrition and the development of the infant microbiome

Lujan, IRB# 1108002383, Nutritional and Metabolic Correlates of Ovarian Morphology in Women with PCOS

I feel extremely fortunate to provide guest lectures to multiple classes that have pre-health profession students, coming from thirteen years of clinical practice as a Nurse Practitioner and Certified Nurse-Midwife.  I am passionate about health-care and providing humanistic evidence-based care to patients.  I try to let this passion come through as I teach and mentor/advise them with real world clinical cases and scenarios.

In the HMRU, I mentor both undergraduate and graduate students on a daily basis.  By involving them in the clinical research, from the paperwork and documentation, to the actual clinical procedures, I am passionate about sharing these experiences with them. I truly care about the students and strive to be readily available for them as needed.

NS1220: Nutrition and the Life Cycle - "The Clinician Researcher" lecture

"Arginine and proline metabolism is associated with older adult skeletal muscle mass and altered by inflammation in primary human muscle cells", recently submitted to the American Journal of Physiology-Endocrinology and Metabolism.

I actively participate in recruitment strategies aimed at the public community for research studies conducted in the HMRU.