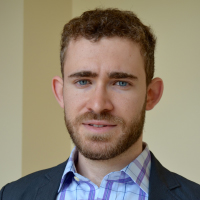 CHICAGO – U.S. Senator Dick Durbin (D-IL) today joined researchers from the University of Chicago and Northwestern University to announce a total of $2.3 million from the National Institutes of Health (NIH) to support gun violence prevention research. This funding is part of $25 million Durbin worked to include in the Fiscal Year 2021 appropriations bill to support gun violence research at NIH and the Centers for Disease Control and Prevention (CDC), following decades of resistance from the gun lobby.

“Gun violence in the United States is a public health crisis and it’s long past time we start treating it like one. Two years ago, we fought off the gun lobby’s resistance and put in $25 million for NIH and the CDC to conduct gun violence research—and today’s funding is the direct result of that,” Durbin said. “I will continue working to provide increased federal resources so that our brightest researchers have the support they need to study and develop strategies to reduce gun violence and help community-based organizations address trauma and increase opportunity.”

The University of Chicago will receive $1,867,461 for its work with READI (Rapid Employment and Development Initiative) Chicago, an innovative program run by Heartland Alliance to reduce gun violence involvement among those at highest risk. The research team, which includes researchers from The University of Chicago Crime Lab and Inclusive Economy Lab, Cornell University, and the University of Michigan, is conducting a large-scale randomized controlled trial of READI Chicago to assess its effectiveness in reducing participants' violence involvement. This study is one of the most rigorous studies of a violence prevention program conducted in the United States to date.

“If we are serious about making progress on reducing gun violence, we must invest in systematically understanding what works. Federal funding will help build an evidence base upon which we can draw during times of crises, as we are experiencing right now,” said Monica Bhatt, Senior Research Director at the University of Chicago Crime Lab and one of five principal investigators on the project, along with Chris Blattman, Marianne Bertrand, Sara Heller, and Max Kapustin.

Northwestern University will receive $406,967 for its collaboration with READI Chicago to help front-line staff maintain well-being and reduce burnout. Northwestern has developed the FOREST (Fostering Optimal Regulation of Emotion to prevent Secondary Trauma) program to teach skills for increasing positive emotions, even in the midst of stress. Their research has shown that these positive emotion skills can improve well-being, for example, by decreasing depression, anxiety, and pain. Related research suggests the program might also prevent burnout and job turnover, which is a concern for sustaining the intensive programs at READI Chicago.

“The success of programs like READI is dependent on skilled, resilient staff who are able to sustain a supportive connection with their clients, yet due to exposure to violence and historical trauma, the frontline staff who deliver the programs are at high risk of burnout,” said Judith Moskowitz, a professor of Medical Social Sciences at Northwestern University Feinberg School of Medicine who will lead Northwestern's portion of the research. “We are excited to partner with READI to implement the FOREST program to enhance resilience of their coaches, crew chiefs and outreach workers so they can continue the important work they are doing to reduce gun violence in Chicago.”

Earlier this year, Durbin introduced the bipartisan Resilience Investment, Support, and Expansion (RISE) from Trauma Act, which would further increase funding for community-based efforts to prevent and mitigate the impact of trauma, such as through the work of READI.

Today marks the third anniversary of the Chicago HEAL Initiative. Launched by Durbin and ten of the major hospitals serving Chicago, including both Northwestern Memorial and UChicago Medicine, the HEAL Initiative is a collaborative project to uplift the economic, health, and neighborhood conditions that are at the root of disparities, specifically in 18 of Chicago’s neighborhoods with the highest rates of violence, poverty, and inequality.